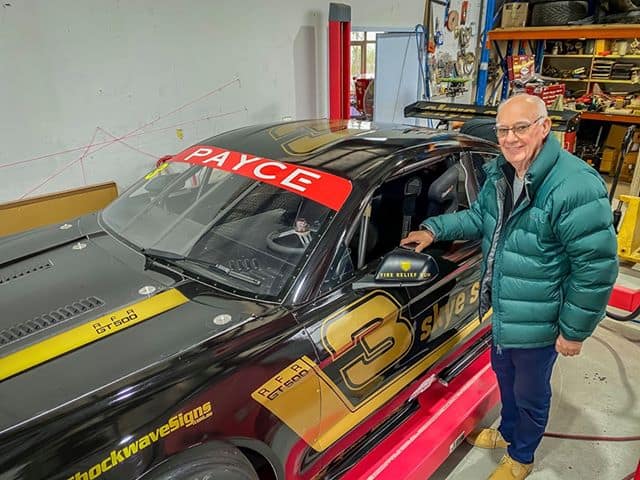 Kelleher has cut his teeth in Sprintcars, Grand National Sedans and later the thundering Dirt Late Models. He also dabbled in Superbikes and other two wheeled classes over the years.

The car is currently sitting in third position in the ARG Series championship after Jimmy Vernon drove it at Round 1 earlier in the year at Adelaide. Rising star Vernon recently announced that he was now looking for alternate drives after car owner McMahon sold it to Kelleher.

“I’m not ready yet to start racing just yet but hopefully will be ready for the Bathurst round in November,” said Kelleher.

“This car had just come on the market and I’d considered racing one of these for a while. After a little bit of pondering I leapt at the opportunity to buy a well sorted car. Nothing like throwing myself in the deep end at Australia’s best circuit” he went on to say.

“I’d like to put on a good show but the young chap that drove for Carey is a top gun and extracted every second out of the car. If I can finish in the top 15, I’ll be happy with that” Kelleher stated.

Kelleher is unsure if he’ll keep number 3 or revert to 65 as its his number for many years on all has speedway cars.

The next round of the National Trans Am Series is scheduled for September 4-6 at Sydney Motorsport Park.